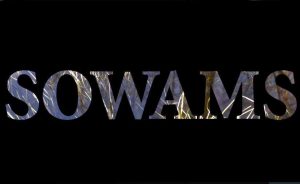 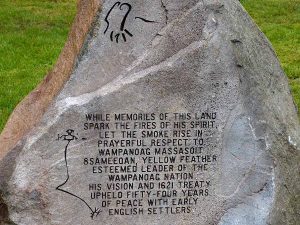 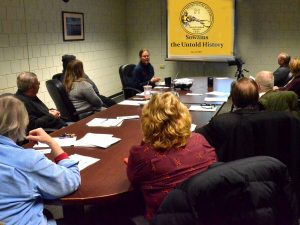 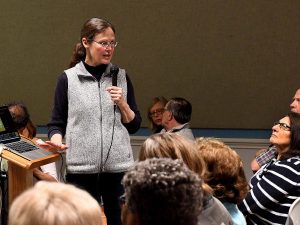 Click on the top row of photos on the left for a 4-minute video of the Sowams Heritage Area concept, on the next one for a 10-minute historical perspective, on the third for a 22-minute talk on “Sowams, the Untold History”, and on the fourth for a one-hour version of the same by Helen Hersch Tjader. 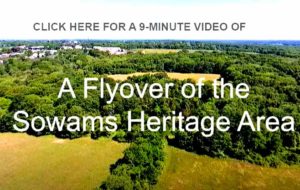 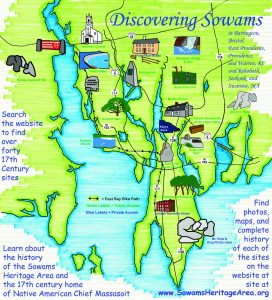 on the photo on the left for a two-minute fly-over video of the Sowams territory as it looks today and here for the 50-second version.

Click on the photo on the left for a 27-minute Channel 9 program about the Sowams Heritage Area.

Click on the photo on the left for a one-hour illustrated presentation about the Sowam Heritage Area by Dr. Weed at a Bristol Historical & Preservation Society event.

Click on the photo on the left for a one-hour illustrated presentation about the Sowams Heritage Area by Dr. Weed at the George Hail Library in Warren, RI.

Also, go to the Events page at https://sowamsheritagearea.org/wp/events-connected-to-17th-century-sowams/ to find links to many other videos produced for the Sowams Heritage Area Project.

Helen Hersh Tjader spoke to the Barrington Preservation Society in 2014 on Sowams’ past as the home of the Pokanoket (Wampanoag) people long before the first Europeans settled here as part of the Plymouth Colony. She has called on all of us to work to establish a National Heritage district acknowledging the Pokanoket heritage of the Sowams area. A version of this talk was set to beautiful video footage by nature photographer Nat Rea showcasing the natural beauty of Sowams.

Beginning with the 2017 reburial of hundreds of objects removed from aboriginal gravesites at Burr’s Hill in Warren, RI, nearby Bridge Street resident David Weed produced a ten-minute summary of the events that transformed the Sowams area from a rich natural “garden” into the current urbanized region from Providence to Bristol, RI. The video identifies the many remnants of that original aboriginal settlement and the imposition of colonial structures that form the basis of the communities that we find today.

The transition from aboriginal land to colonial land took place between 1621 with the arrival of the Mayflower and 1676 with the conclusion of the King Philip War. A fifty-year period of peaceful relations between the aboriginal and colonial populations, codified in the Wampanoag-Pilgrim Treaty, was largely due to the positive relationship between the great Chief (Massasoit) Ousamequin and Englishman Edward Winslow. This well-documented friendship ensured the survival of colonial settlement throughout Southeastern Massachusetts and permitted Roger Williams and others to establish colonies in Rhode Island and nearby Massaschusetts.

The successful establishment of Massachusetts and Rhode Island, and indeed the entire United States of America, would not have succeeded were it not for the early events in Sowams. This web site celebrates the land that gave birth to both the American Aboriginal tribes and the colonial people who settled this great land.

Click here to watch a five-minute PBS American Experience video of The Pilgrims: Alliance with Massasoit’s People and the First Thanksgiving. Discover what led Massasoit, the leader of his Nation, to form an alliance with the Plymouth colony and learn about the harvest feast now called the “First Thanksgiving,” in this video adapted from AMERICAN EXPERIENCE: The Pilgrims. In March 1621, a Native man named Samoset entered Plymouth and greeted the Pilgrims in English. Six days later, he returned to Plymouth with Massasoit and 60 armed men. The Massasoit Ousamequin and Governor John Carver concluded an alliance of mutual defense. During the late summer or early fall, 52 colonists and some 90 Pokanokets celebrated Plymouth’s first successful harvest. 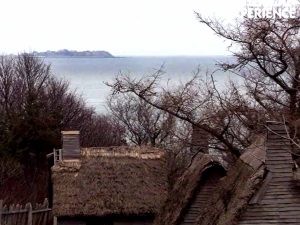 Click here to watch 10 minutes of the film, After the Mayflower, Episode 1, of the “We Shall Remain” series that portrays meetings between the Pilgrims and the Pokanokets. Click on the second video segment to see a segment in which Edward Winslow heals the Massasoit Ousamequin in his1623 visit to Sowams. This film is directed by Chris Eyre, a member of the Cyeyenne and Arapaho Tribe, and several of the actors who appear in the film a members of both the Pokanoket and the Mashpee Wampanoag Tribe. 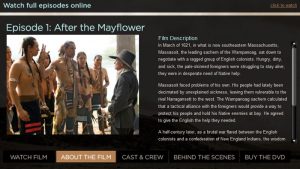 Click below to see “From Thanksgiving to King Philip’s War, a 20-minute video depicting the Wampanoag view of the colonization of New England and the events leading to the King Philip War. 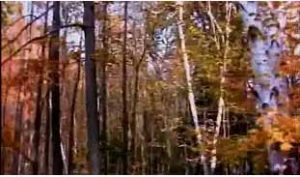 Click below for a view of King Philip’s War in the context of colonial wars against all American Aborigines. 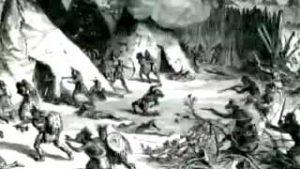 Click below for an eight-part reality TV series “Colonial House”  intended to recreate daily life similar to life in Plymouth Colony in 1628. 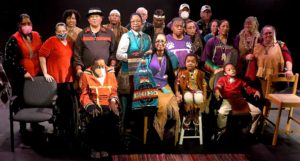 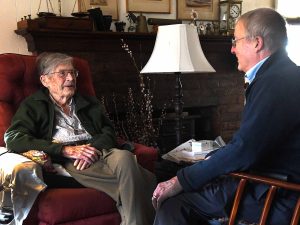 Interview with Jim Johnston on early forges in Rehoboth 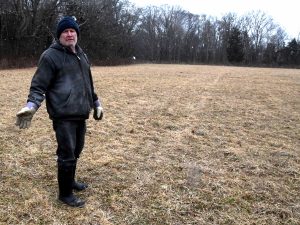 Interview with Byron Kee on the 17th century farm in Touisset. 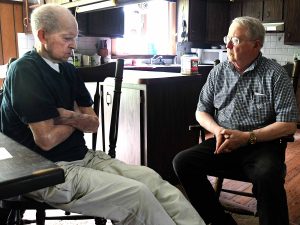 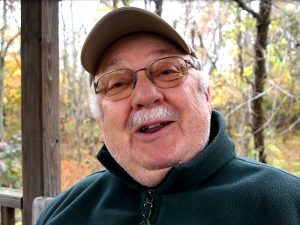 Interview with Don Doucette about the natural history of Sowams 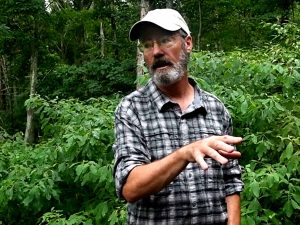 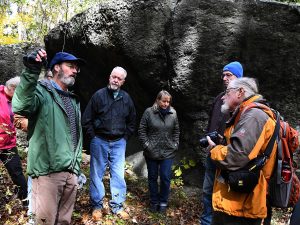 Keith and author James Warren visit the cave together.