The Royal Charter of 1663 was a document granted by King Charles II of England prior to the King Philip War which allowed settlers in Rhode Island to govern their own colony and guaranteed their individual freedom of religion. The Charter holds a unique place in the evolution of human rights in the modern world. 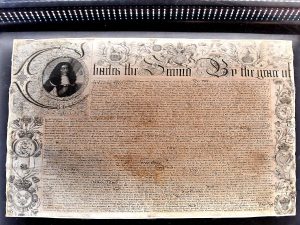 When King Charles II granted the Charter in July 1663, it marked the first time in history that a monarch allowed the right of individuals within a society to practice the religion of their choice without any interference from the government. This freedom was extremely radical in an age marked by wars of religion and persecution of people for religious beliefs. 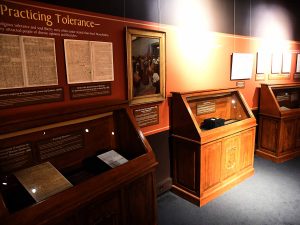 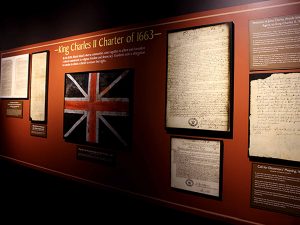 The original charter along with other historic documents of the period can be seen at the Charter Museum in the Rhode Island State House in Providence. 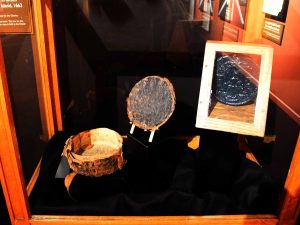 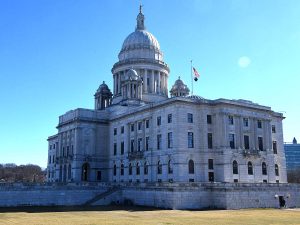 The Great Seal of Charles II (above) is also on display.

Click on the Charter photo above to read its contents.

The Charter Museum is free and open to the public Monday through Friday from 8:30 am until 4:30 pm except holidays. It is located on the first floor along the hallway to the left when you enter the State House using the north entrance.

Click on the map below for a Google map of the State House location in Providence, RI. 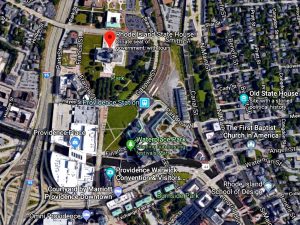