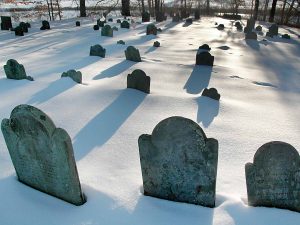 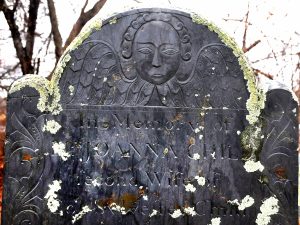 The Kickemuit Cemetery, also known as Rhode Island Historical Cemetery Warren #3, the oldest one in town, sits at the north end of Serpentine Road between Child Street and Schoolhouse Road in the center of Warren, RI. 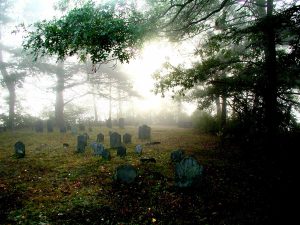 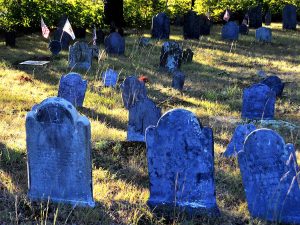 The cemetery has had over 400 burials, 280 of which have been recorded. Graves include those of some who fought in the King Philip War, 1675-1676, including that of John Luther is the earliest in 1697. Rhode Island Governor Josiah Lyndon,appointed the State of Rhode Island’s last Colonial Governor from 1768-1769 is also buried there. 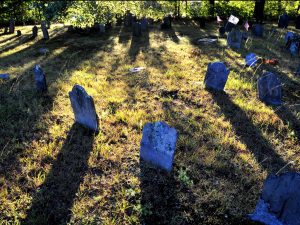 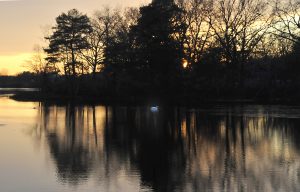 The cemetery sits along the edge of the Kickemuit River, not far from where the War began.

Click here to see the names of those buried in the cemetery on the Find-A-Grave web site.

Click here to see the names of those buried in the cemetery on the WikiTree web site.

Click here for photos of two of the gravestones in the cemetery.

Click on the map below for a Google map of the location. 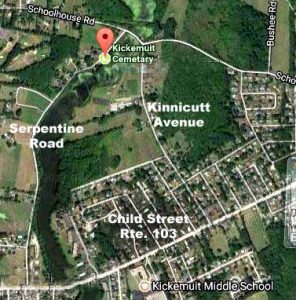