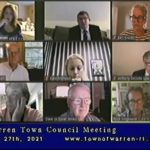 At a special meeting of the Warren, RI Town Council held on May 27, 2021, the following recommendations were unanimously approved: The Town Council adopt a complete Land Acknowledgement statement created by the Pokanoket Tribe/Pokanoket Nation New Town entrance signs reference Warren as “Sowams, the home of the Massasoit Ousamequin who welcomed the Pilgrims in END_OF_DOCUMENT_TOKEN_TO_BE_REPLACED 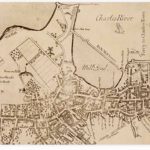 The Leventhal Map and Education Center at the Boston Public Library offered a 45-minute virtual session on historical geography with a focus on maps of early Boston. Click here to view the entire presentation. Public Engagement & Interpretation Coordinator Rachel Mead and volunteer Dennis McCarthy narrate this session, answer questions, and talk about the Map END_OF_DOCUMENT_TOKEN_TO_BE_REPLACED 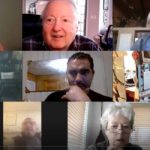 The Warren American Indian Study Committee met by Zoom during the Covid-19 pandemic. “While we would have preferred in-person meetings, safety precautions have forced us to meet virtually. In any case, we’ve been able to move ahead to meet our goal of announcing recommendations to the Town Council by June,” stated Committee Chairman Rock Singewald. END_OF_DOCUMENT_TOKEN_TO_BE_REPLACED 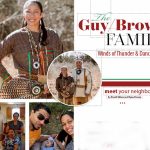 By David Sillars and Ryan Brown; Photos by Sabrina Scolari If you have ever visited the Guy/Brown home, you might have noticed two mailboxes. One belongs to the house in the front and the other is for the house connected to it in the back. In the front house live Bill and Deanna Guy who END_OF_DOCUMENT_TOKEN_TO_BE_REPLACED 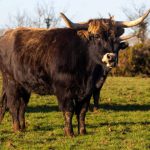 Although Europeans placed all nonhuman creatures into a generic category of animals, Indians may instead have conceived of animals only as distinct species without a generic term for “animals.” European cattle were often seen as wild animals and treated as such by the Indigenous population as described in this Colonial Society narrative. In 17th-century America, livestock END_OF_DOCUMENT_TOKEN_TO_BE_REPLACED 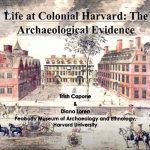 Harvard University’s 1650 charter founded a multicultural educational setting when it committed the new institution “to the education of the English and Indian Youth of this Country in knowledge and godliness.” Join Diana Loren and Patricia Capone in a 35-minute video presentation of the Harvard Yard Archaeology Project’s findings to date, including printing type from the END_OF_DOCUMENT_TOKEN_TO_BE_REPLACED 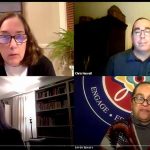 As museums have acknowledged their legacy as colonial institutions, many have reimagined their mission as agents of decolonization and social justice. The pandemic disruption, the Black Lives Matter movement, and other community issues are driving still more rapid and drastic changes and providing opportunities for reflection and growth. How can American museums—especially those that END_OF_DOCUMENT_TOKEN_TO_BE_REPLACED 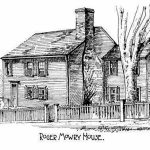 Roger Mowry (Morey) born on 16 May 1610 in Drimpton, Dorset, England. He emigrated to America in 1628 on the ship Abigail, lived in Boston, Plymouth, and Salem, Massachusetts and later moved to Providence, Rhode Island where he built a house and a tavern in about 1653 in a uniquely Rhode Island style known as Stone ender that had been known END_OF_DOCUMENT_TOKEN_TO_BE_REPLACED 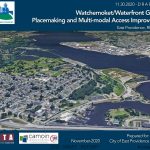 The City of East Providence announced steps toward advancing the development of the City’s waterfront and planning for district enhancements in the form of branding and placemaking of the district, with way finding, public art, street scape enhancements and related multi-modal improvements to serve to enhance, unify and support the overall viability of the waterfront END_OF_DOCUMENT_TOKEN_TO_BE_REPLACED 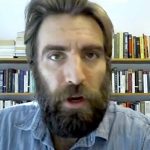 Arizona State University History Professor Jonathan Barth reviews the history of money in 17th century colonial America in this 24-minute YouTube video. Professor Barth reviewed the various alternative commodity monies that were used in New England in the 17th century before England authorized the use of paper money. Tobacco was one of the first commodities used END_OF_DOCUMENT_TOKEN_TO_BE_REPLACED